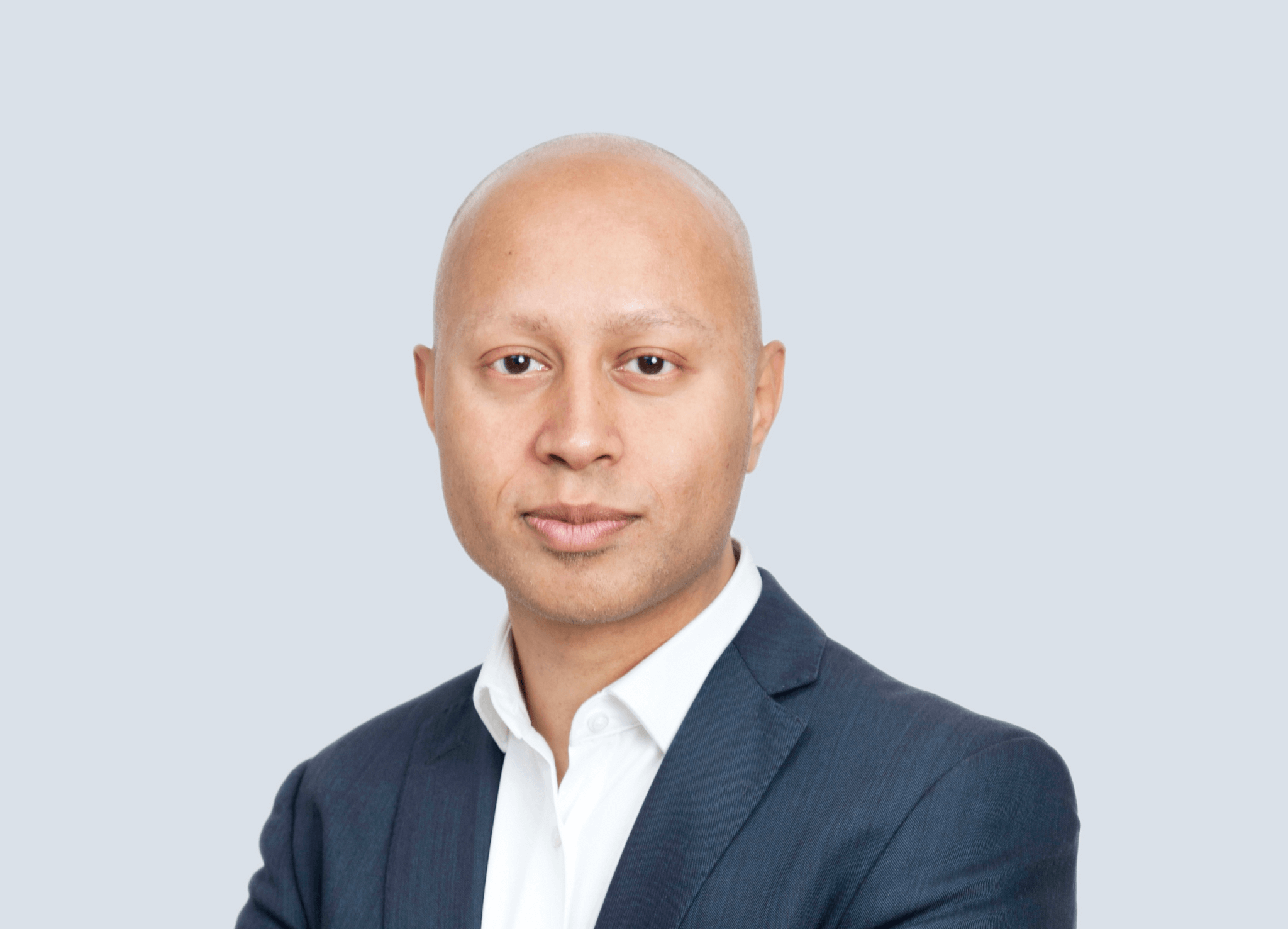 Aarif brings a multi-specialist approach to his clients’ cases and specific expertise in public international law and international criminal law.

Aarif originally qualified and practiced as a solicitor with the ‘magic circle’ international law firm, Slaughter and May, where he specialised in public law.

Aarif has advised individuals, companies, public interest groups and states in public law and human rights cases, both for claimants and respondents, as well as advising widely on policy issues. He has also advised policy makers, parliamentarians and practitioners widely on foreign policy and rule of law issues.

Aarif has a demonstrated history of working in courts (domestic and international), non-governmental organisations and international organisations. He has been instructed as a barrister, investigator and/or consultant on matters relating to international crimes, conflict resolution and transitional justice. He is currently on the roster of candidates, as an expert available for instruction, for a number of United Nations bodies as well for Justice Rapid Response.

Aarif graduated from the University of Oxford in Politics, Philosophy and Economics BA (MA) and the University of Bologna where he obtained a Master's degree in Human Rights with a specialism in public international and constitutional law.

Aarif is an experienced policy and legal adviser on matters concerning international criminal law and public international law including international human rights law. He has a demonstrated history of working in courts, non-governmental organisations and international organisations. Aarif has advised widely on conflict resolution and the legal implications thereof in relation to conflicts in Turkey, Iraq, Myanmar, Syria, the former Yugoslavia, Libya and others.

Aarif completed a Master’s degree in Human Rights, with distinction, from the University of Bologna in 2013. He has extensive experience in drafting applications to the European Court of Human Rights (ECtHR), United Nations Special Procedures, United Nations Treaty Bodies and other international courts, tribunals and panels. He undertook a placement in the Office of the President and the UK division of the European Court of Human Rights (ECtHR) where he assisted judges in an advisory and drafting capacity in relation to decisions/judgments issued by the Court.

Aarif regularly undertakes advisory and drafting work on international law matters both on a consultancy and pro-bono basis. Examples of Aarif’s international work either as a member of a court chamber or as a solicitor can be found under the subheading ‘Notable cases’.

Aarif is a formal member of a number of prominent panels which advise on international human rights or criminal law issues. His memberships can be found under the subheading ‘Memberships’.

Aarif remains a consultant at the Joint United Nations Programme on HIV/AIDS (UNAIDS) advising widely on the application of human rights to public policy. He also continues to work (as a co-founder) with the consultancy, Accountability Unit, which advises parliamentarians, practitioners, NGOs and others on legal redress (including State Responsibility) for gender-related harm in conflict settings, including on issues related to genocide, discrimination, torture, and slavery among others. Aarif was recently invited to join the Foreign and Commonwealth Office’s Pro Bono Lawyer’s Panel, which provides legal assistance to local practitioners representing British nationals imprisoned overseas.

Some of his current or recent work includes:

Aarif has extensive experience working on international criminal (ICL) and humanitarian law (IHL) issues. He has conducted litigation, advocacy, research, mentoring and investigation work on international criminal law matters related to a number of countries. He continues to lecture and advise widely on ICL and IHL issues and, in particular, on mass atrocity crimes. He is currently on the roster of candidates for instruction for a number of United Nations bodies.

Some of his current or recent work includes:

Aarif has a long-standing interest in all types of public law challenge and has particular transferable expertise in cases involving public international law and international human rights law.

Aarif has advised individuals, companies, public interest groups and states in judicial review and civil claims, whether for claimants or respondents. This has included public law cases at Slaughter and May (where he trained, qualified and practised), the Court of Appeal (as a judicial assistant), the European Court of Human Rights, Accountability Unit, Public International Law and Policy Group and Democratic Progress Institute.

Aarif regularly undertakes advisory, drafting and advocacy work on civil and social rights matters. In his varied human rights practice prior to his move to the Bar, Aarif advised on a number of cases relating to both civil and criminal law covering a broad range of human rights law including the right to life, prohibition against torture and cruel, inhuman and degrading treatment, rights to free assembly, association and expression, rights to privacy and family life, and rights to fair trial and legal remedies among others.

Examples of Aarif’s civil and social rights work, either as a member of a court chamber or as a solicitor can be found under the subheading ‘Notable cases’.

Aarif is instructed on the full range of immigration and asylum law and human rights issues arising thereof.

Aarif appears regularly in the First-Tier Tribunal and Upper Tribunal and takes a particular interest in advisory work and public law (judicial review) challenges to State decision-making. He has successfully represented many clients facing deportation and unlawful detention.

Aarif is regularly invited to speak on matters related to international human rights law and international criminal law. He has recently delivered seminars/workshops on:

‘Barbarism is beneath Us; not behind us’; the erosion of human rights and fundamental freedoms in Europe’ (Prospective – Hanko Festival, Aug 2020)

State responsibility for genocide: duties on states under the Genocide Convention and the legacy of the ICTY (Geoffrey Nice Foundation (GNF), Jul 2020)

Inequality in the UK and the law; why lawyers are complicit in an unjust system (Human Rights Lawyers Association, Feb 2020)

Human rights and the breakdown of rule of law in Europe (Young Legal Aid Lawyers, May 2019)

Reassessing and reviewing the laws relating to genocide and crimes against humanity (GNF, ICL Masterclass, Jul 2018)

Revision of the law relating to genocide and its possible bifurcation into first and second degree (GNF, Alumni Conference, Feb 2018)

The role of courts in realising rights and access to justice in Turkey (EU FRAME, European Inter-University Centre for Human Rights, Apr 2017)

As a Member of the UNICTY Chambers’ Speakers Guild, Aarif delivered seminars, amongst others, on: the law relating to extermination, persecution and genocide (Jul 2016; Jan, Apr 2017); the Indictment against Ratko Mladić and associated law to the Trial Chamber (Apr 2014); post-conflict constitutional design in divided societies with lessons from Bosnia (Mar, 2014)