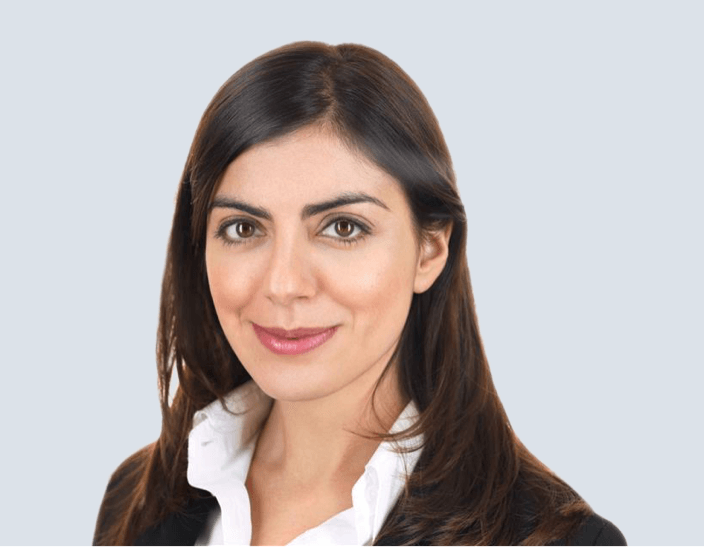 Leto has substantial experience in representing applicants before the European Court of Human Rights at all stages of the proceedings, including Grand Chamber hearings. She has worked on a vast variety of issues arising under the Convention and has an encyclopedic knowledge of Strasbourg case law.

She represented Kafkaris in proceedings before the Cypriot Supreme Court and subsequently in Strasbourg challenging the lawfulness of the imposition under Cypriot law of mandatory life imprisonment without the possibility of parole. The proceedings were concluded when the Grand Chamber of the Court found that there had been a violation of Article 7 of the Convention.

She represented Azinas who complained of a violation of Article 1 of Protocol No. 1 in relation to his dismissal from the Cypriot public service and the consequent forfeiture of his pension rights. The Chamber judgment found that the applicant had acquired a right to a pension when entering the public service in Cyprus, which right constituted a “possession” for the purposes of the Convention. The Grand Chamber subsequently found that it had no jurisdiction over the case.

She acted in a number of applications representing Greek Cypriots challenging the continuing violation of their rights to property and peaceful enjoyment of their homes situated in the northern part of Cyprus as a result of the Turkish invasion of 1974. She also represented the families of persons who went “missing” after being captured by Turkish forces in Cyprus in 1974.

She advised a Turkish Cypriot conscientious objector who was convicted by the Turkish authorities for failing to serve in the reservist service of their armed forces in proceedings in Strasbourg complaining of a violation of his rights under Articles 9, 13, and 14 of the Convention. The case has been communicated and is currently pending before the Court.

She advised applicants living in informal Roma settlements in Slovenia who issued proceedings in Strasbourg against the Slovenian government complaining of a violation of Articles 3 and 8 of the Convention on account of the poor sanitation and lack of safe drinking water at their settlement as well as a violation of Article 14 due to the lack of initiative aimed at eliminating inequality against the Roma community by the competent authorities. The case is currently pending before the Court.

She also advised the Cypriot government with regard to the High-Level Conferences on the future of the Court in 2011 and 2012.

Leto advised a journalist complaining in Strasbourg of a violation of his right to freedom of expression as a result of being found responsible for libel when criticising the former deputy Attorney-General of Cyprus. The case has been communicated and is currently pending before the Court. She can give pre-publication advice to journalists on a number of areas of media law, including defamation, privacy, and whistleblowing protection

Leto has worked on a number of high-profile cases at various international criminal tribunals.

Most recently, she advised the Appeals Chamber of the United Nations Mechanism for International Criminal Tribunals in a number of cases including the appeal proceedings in the cases of Radovan Karadžić, Augustin Ngirabatware, Uwinkindi as well as various contempt proceedings.

Leto also assisted the Trial Chamber of the ICTY in the trials of Ratko Mladić and Stanišić & Simatović.

Furthermore, she advised an international NGO, which seeks the restitution of art and cultural goods looted during armed conflicts.

Leto advised the investigating judge appointed by the President of the UN Mechanism for International Criminal Tribunals to conduct the investigation into the circumstances of death of a detainee at the UN Detention Unit in The Hague and report on the findings of his investigation to the UN Security Council.

Leto’s notable cases from her time as a Case Lawyer with the European Court of Human Rights include:

Rantsev v. Cyprus and Russia (lead judgment on prohibition of forced labour and human trafficking. The case concerned the complaints under Articles 2, 3, 4, 5, and 8 of the Convention brought by the father of a Russian girl who had been trafficked in Cyprus and was ultimately killed);

Panovits v. Cyprus (lead judgment on the right to legal representation of minors during police interrogation. The Court found multiple violations of Article 6 and for the first time endorsed the doctrine of the fruit of the poisonous tree in respect of the reliance by the Cypriot Assize Court for the purposes of the applicant’s conviction on a tainted confession);

Sufi and Elmi v. the UK (concerning the applicants’ proposed expulsion to Mogadishu, Somalia, which was ultimately suspended due to the intense indiscriminate violence posing a real risk to civilians in Mogadishu at the time);

NA v. the UK (concerning the applicant’s proposed expulsion to Sri Lanka and his fear of persecution as a result of the climate of general violence in Sri Lanka at the time).

Notable cases raising various issues under Article 10 of the Convention:

MGN Ltd v. the UK (concerning Naomi Campbell’s challenge to the Daily Mirror’s article portraying her as a drug addict and publishing pictures of her leaving meetings at Narcotics Anonymous);

Wall Street Journal Europe SPRL and others v. the UK (concerning complaints of a violation of Articles 6 and 10 of the Convention with regard to the publication of an article associating Saudi businessmen with funneling funds to terrorist organisations);

Alithia Publishing Company Ltd and Constantinides v. Cyprus (concerning the publication of a series of articles accusing a former minister of defence of Cyprus of misappropriation of public funds);

Listed as “Expert in Human Rights” for the OSCE

Listed as expert for Council of Europe criminal reform projects

Former member of the Criminal Law group of the Dutch section of the International Commission of Jurists (NJCM).