As one of the leading sets of housing barristers outside of London, Garden Court North Chambers has joined forces with Greater Manchester based housing solicitors –  CH Legal, Citizens Advice Manchester, MTA Solicitors, Peasegoods, Shelter Manchester, Stephensons and WTB Solicitors – to provide free legal assistance to any residents’ associations or groups about safety issues where legal aid is no longer available and where their members would likely have been eligible for legal aid were it still available.*

Mark George QC, Head of Garden Court North Chambers said: “Following the drastic cuts to legal aid in 2012 by the coalition Government, which we strongly campaigned against, tens of thousands of people have been denied access to legal advice simply because they cannot afford it, which means residents are left with no way to challenge poor housing.

“Whilst we remain firmly of the view that legal aid must again be made available for all housing matters, in the meantime our specialist Housing Team will help to protect those who are most at serious risk seek justice through the provision of free legal advice.”

Garden Court North Chambers is a progressive set of human rights and civil liberties barristers that is committed to publicly funded work and which aims to help the most disadvantaged and marginalised sections of our society.

Since the Legal Aid, Sentencing and Punishment of Offenders Act 2012 came into force in April 2013, housing legal aid has been greatly restricted. For details about the Act visit The Bar Council.

*Residents’ associations or groups must first contact a solicitor who will then instruct a barrister on their behalf. 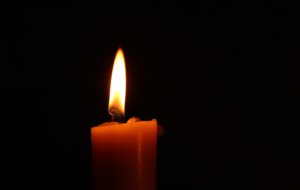