Supreme Court judgment in Gnango found liability in a re-analysis of the “victim rule” rather than alter existing joint enterprise law, as had been feared.

The Supreme Court handed down judgment in R v Gnango [2011] UKSC 59, a case heard in July 2011 on appeal by the prosecution from the Court of Appeal. Garden Court North Chambers’ Nina Grahame, led by Sallie Bennett-Jenkins QC, appeared for the Respondent.

The defendant’s conviction for murder was quashed by the Court of Appeal in July 2010. In a case which was legally and factually unique in UK law, and by a majority, The Supreme Court today allowed the prosecution’s appeal and reinstated the murder conviction. (Lord Phillips, Lord Judge, Lord Wilson, Lord Brown, Lord Clarke and Lord Dyson; Lord Kerr dissenting).

Although the Supreme Court allowed the prosecution appeal, their Lordships endorsed much of the crucial reasoning, if not the ruling, of the Court of Appeal. There had been concern that the Supreme Court might adopt the approach of the trial judge, further broadening existing joint enterprise principles to permit a “common purpose” to be established between parties who, in fact, act with diametrically opposed purposes.

In the event, their Lordships took a very different route to establish liability in this case, clearly acknowledging the fact that public policy issues informed their decision. A re-analysis of what is commonly referred to as “the victim rule” enabled them to find that Gnango had been a party to his own attempted murder; therefore, in the context of a gunfight, where a bullet intended for him actually fatally injured a passerby, he shared the transferred malice liability of his attacker. 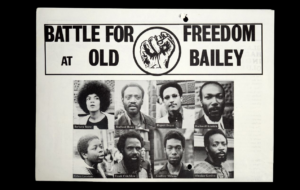