The benefit claimant in this case claimed personal independence payment (PIP), partly on the basis that he needed support to engage with other people because of mental health problems. His claim was rejected and he appealed to the First-tier Tribunal, which dismissed his appeal. His further appeal was then allowed. The Upper Tribunal found the First-tier Tribunal had failed to make adequate findings on the issue of what support the claimant needed, and gave guidance on how that issue should be analysed. The Secretary of State appealed to the Court of Session then the Supreme Court.

The key issue was what it means to need ‘social support to be able to engage with other people’. In a unanimous judgment, the Supreme Court holds:

This is a very important decision, both on the particular provisions directly in issue (descriptors (b) and (c) of Activity 9 Sch 1 Social Security (Personal Independence Payment) Regulations 2013), and on the right approach to descriptor-based disability benefits generally. The rejection of a narrow and technical approach to the scope of individual descriptors should help minimise situations where a person falls through the cracks of the rules and misses out on entitlement despite objective need. Further, the decision emphasises the obligations on the government and the courts to ‘probe’ to make sure the right questions are asked of a claimant, in circumstances where many claimants cannot reasonably be expected to know what information is likely to be required.

The decision can be read on the Supreme Court website, here. 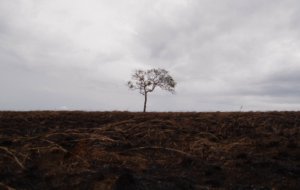