Today the High Court gave its ruling in the first known case of protesters being found in contempt of court for breaching an injunction which restricts protest. Recognising the importance of their activities, the judge gave short suspended sentences to each of our clients, Katrina Lawrie, Chris Wilson and Lee Walsh. The protests took place at Cuadrilla’s fracking site on the Preston New Road.

Our clients were successful in their application to vary – and narrow – the anti-protest injunction which Cuadrilla obtained in June 2018 and which Cuadrilla itself admitted to the High Court was “draconian”, meaning unnecessarily harsh and severe.

Our clients also successfully resisted Cuadrilla’s request to the Court to impose an unprecedented 250-meter restriction order which would have prevented them from lawfully protesting at the site – in effect a complete ban on them protesting.

We will now appeal the ruling on contempt of court on the basis that it should never have been imposed. The original order was imposed in almost identical terms to an order which the Court of Appeal overturned in a case against Ineos. We will argue that the High Court should not have found our clients in contempt of court because the order was not  clear and certain enough.

These proceedings arose in the context of a 2.9 magnitude earthquake being recorded at the fracking site last week, the largest ever in relation to fracking in the UK. The earthquake caused houses in Lytham, St Annes to shake and is said to have caused damage. Cuardrilla apologised to local residents and has offered to pay for damage. Drilling on the site has been suspended “indefinitely” by regulators.

In the meantime, Cuadrilla have relentlessly pursued our clients, all of whom are committed protesters live at the site, attempting to save local residents and the environment from exactly the kind of events which occurred last week. In addition to attempting to obtain an unprecedented complete protest ban, Cuadrilla applied for and were granted their costs of the hearing, meaning that in addition to suspended prison sentences, our clients could now have to pay upwards of £70,000 to pay for these proceedings.

Inequality of arms is an extremely worrying feature of these cases. Protesters with little or no resources are up against multinational companies with almost unlimited funds. Friends of the Earth were ‘priced out’ of taking a role in these important proceedings because they were refused public interest costs protection by the Judge.

And today we found out that the Legal Aid Agency had refused our clients legal aid for the application to vary the order because our clients are “well organised and capable of fundraising”. This is unlawful and unjust – the LAA are saying that private charity must now take the place of legal aid. Access to a lawyer is a basic part of defending human rights and this case shows how difficult that is becoming. 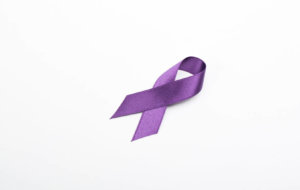 Anyone refused benefits, housing support or similar assistance on the ground that their only right of residence in the UK was pre-settled status should seek...